The Harder family business celebrates its 90th anniversary this year. As one of the oldest companies in the industry in Vorarlberg, Kuenz now employs around 270 people in the state and more than 500 people worldwide. With a record order backlog, the company has a promising future.

Hard – Approximately 300 guests accepted the invitation to the 90th anniversary in the marquee on the company premises last Friday. Among them were Mayor Martin Staudinger and representatives of Hard’s municipal politics, the owner families and the employees, whose partners were also invited. CEO Günter Bischof gave an overview of the company’s development from its beginnings, when Hans Kuenz founded a locksmith’s store in 1932, through the time when his sons Herbert, Siegfried and Walter Kuenz managed the company, to the company’s current position as the market leader in its core markets. Funny anecdotes and exciting insights from leading employees of the past and present complemented his remarks. In addition to the presentation of photographs of impressive plants and the display of unique exhibits from the last 90 years, the employees were the main focus of the festivities. The party went on in an excellent atmosphere with musical entertainment until the early morning hours.

The anniversary year was an opportunity to better document the company’s history and compile it in a comprehensive chronicle. In addition to combing through the archives, former managers and employees were interviewed as contemporary witnesses. Among other things, old film and image material from the private collection of Walter Kuenz, long-time managing director and youngest son of the company founder, was digitized.

Apprentice project – the restoration of the first slewing crane

One project close to the heart was the restoration of an 86-year-old slewing crane by the company’s apprentices. The first crane in the company’s history, built by Hans Kuenz in 1936, came back into its possession through fortunate circumstances in the early 1980s, where it stood as a museum piece on the factory premises. On its 90th anniversary, the first crane underwent a comprehensive restoration and can now be admired again in all its splendor on the company premises.

“Just in time for its anniversary, Kuenz is about to break all records in the company’s history this year,” says Günter Bischof, Managing Director of Kuenz Holding. This year they have already sold more than twice as much as last year. Additionally, there are promising projects on the horizon for which a decision is expected by the end of the year. The company plans to exceed the €200 million operating revenue mark for the first time next year. Challenges include disrupted supply chains and unprecedented cost developments. Despite the challenging environment, the company management looks to the future with great optimism: “Today, Kuenz is stronger than ever before. Our employees have been the key to our success at all times. Unique skills, courageous decisions, consistent implementation and an extraordinary level of commitment have always been our strengths. This is what Kuenz is all about: Fascinating products, enthusiastic customers and a team who has fun working together.” 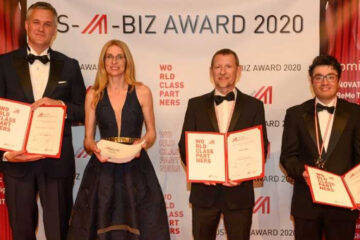 Silver Medal for Kuenz at the “Business Oscars”

Last Friday the Los Angeles department of the Austrian Chamber of Commerce awarded the so called “Business Oscar” for the ... 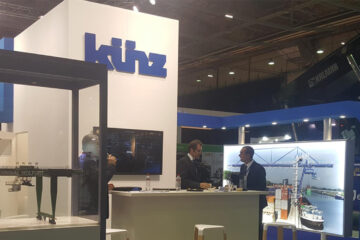 Kuenz at TOC Europe in Rotterdam 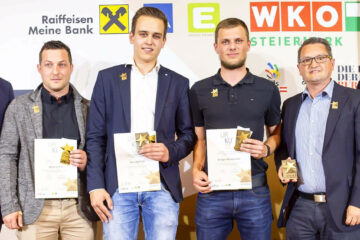 As part of the Stars of Styria 2019 event, our two apprenticeship graduates Gregor and Pascale (metal technology – steel ... 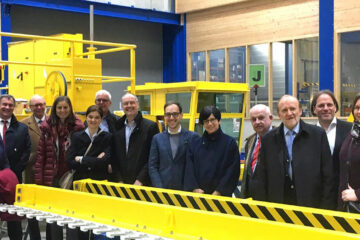 Business delegation from Southeast and Central Europe at Kuenz

As a part of the business delegate conference of the WK-Vorarlberg, representatives of the Southeast and Central European business visited ...